That’s the average number of advertising messages we’re each exposed to – and that number is growing. On top of this, we’re bombarded with countless more daily messages that not only demand our attention, but want us to do something – like sign up, buy, read or share.

Under such pressure, it’s a credit to the human brain that we decide to do anything at all. And it highlights the challenge facing content producers who need to persuade people to take positive actions. Whether it’s a poster, blog, video, or Tweet, understanding more about how the human mind works will help your message get through and trigger the desired response.

Many psychologists recognise that a person can be persuaded to action by two different routes, depending upon how invested they are in the topic. In essence, the Elaboration Likelihood Model proposes that when someone is strongly motivated and has the time and energy to think about a topic, persuasion comes through the central route where they want information to carefully weigh up pros and cons.

However, when that same person is in a rush or presented with a less relevant topic, they take the peripheral route, making more arbitrary decisions influenced by more superficial features, such as an eye-catching image. Importantly, the peripheral route helps us filter out less important decisions, freeing us up for deeper central route thinking on bigger decisions.

This means that there is no single type of content that works for everyone – an informative article meets the needs of the central route but a strong visual will work better for the peripheral.

The Theory of Planned Behaviour

However, there is a widely held explanation of why people take action. The Theory of Planned Behaviour proposes that actions are triggered by three things:

This theory goes beyond the immediate relevance of a topic to the individual and stresses the influence of other people’s behaviour – when many people are seen doing something, someone will be more easily persuaded to do the same. 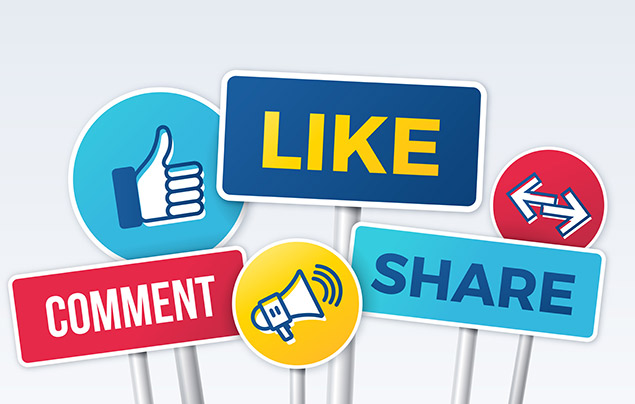 Three factors come into persuading someone to take action: motivation, ability, and a prompt.

Similarly, the Fogg Behaviour Model is useful when planning content to persuade people to take action. Since 2009, Dr BJ Fogg’s model of persuasion has been used to drive desired behaviour by bringing together three key factors: motivation, ability, and a prompt.

Certainly, to drive engagement, messages need to be strong and relevant (motivation), and to this Fogg adds the need for a trigger or a clear and compelling Call To Action.

In this, another psychology principle comes into play: Perceptual Set Theory. This leverages the fact that humans are creatures of habit with expectations shaped by past experiences. For example, on a website landing page we expect to see a button to click through to more content and we sub-consciously look for it. In fact, it can be unsettling if it’s not there.

Similarly, people increasingly expect to see some sort of Call To Action in content, which means it is not being too ‘obvious’ to put one there. Indeed, having persuaded people to engage with your message they might even find it frustrating to not be told what action is now expected of them.

Cognitive Fluency argues that humans prefer simplistic content and unconsciously avoid information that seems complicated. This explains the phenomenal appeal of emojis and Tweets that quickly express an emotion or idea. So even when we are following the more engaged central route of the Elaboration Likelihood Model, we still want our content to focus on a single topic, explain complex ideas in simple terms, and have a clear and concise Call To Action that we can follow with ease.

At Creature & Co., we also find that positivity is key. No matter how uncomfortable and challenging a topic may be, we work hard to create optimistic content that resonates positively with our audiences – we not only present problems but we present actionable solutions as well. We believe that such positivity encourages people to engage with a problem rather than to distance themselves from it – driving confident actions and positive behavioural change from joining a beach clean-up to a company taking a long-term plastic pledge.

And now for that CTA (don’t blame us, blame Dr Fogg…):

If you’re looking for ways to communicate complex topics – like equality, carbon, and health – to your audience, get in touch with us via the form below. We may be social distancing, but we’re always up for a natter!